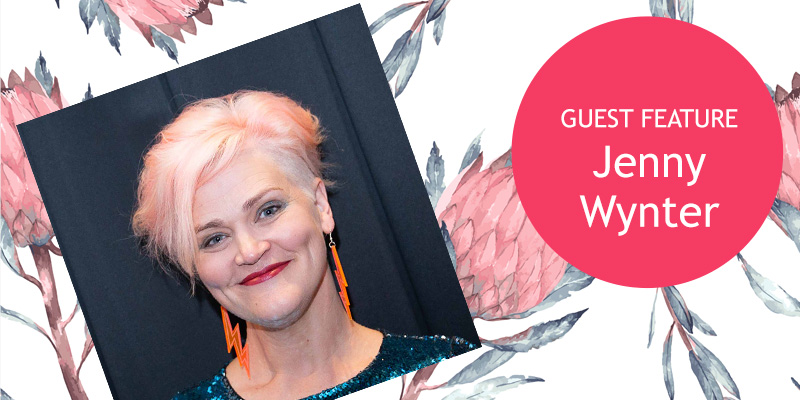 This week’s Ambassador Feature is with Jenny Wynter, How Me Parent Good (comedy web series)

Tell us the story behind why you love what you do and why you’re so passionate about sharing your message?

When I became a mother at a relatively young age, I was expecting it to be hard, but I wasn’t expecting to fall into a depression. I desperately needed something, I just didn’t know what. Through a stroke of serendipity, I heard about a comedy night that was looking for performers and I thought “I always loved performing and that would be SO MUCH FUN!” A few months later I entered a stand-up comedy competition and got to the state finals; everything just snowballed from there and before long I was making a business out of it. It made such a massive difference to my mental health to focus on finding the funny parts, which was when it dawned on me: comedy is pain relief.

My greatest challenge has been growing my audience as a performer while trying to be a present mother. The traditional path for comedians and cabaret performers is to spend months of each year touring, and while I’ve done bits of this both with and without my kids, I’m just not able to do that. It’s been such a struggle to put my heart and soul into my work but have my income depend on how many people physically come to the show on that night in that town. I’m now addressing that my changing my focus to creating my comedy for the web! Rather than my audience being limited to whoever comes on the night, it can potentially reach anybody around the globe, and the content I produce can live on until the internet explodes.  I’ve got a Facebook group called Funny Mummies and have just applied to register Funny Mummies as a trademark. My goal is to launch further web series, podcasts and other online content to join as many mamas in laughter as I can! I’m so very excited about this new direction: it feels like a whole new business really.

Tell us a story about a challenging time you faced, how you overcame it and what.

In 2014 my marriage ended, and I had to give up performing for months so that I could be my Mum’s full time carer at the end of her life. I went through a transformation- as you do – and was questioning my whole life. What makes a good life? Is my career just self-indulgent “look at me?” rubbish? Is comedy was even important? But during that excruciating chapter, it hit home to me big time how much the light of humour gets us through the dark. I firmkly believe now that laughter is not a luxury, it’s a necessity. Not too long afterwards I began working as a Clown Doctor, as well as continuing my work as a live comedian with a renewed passion. I even did a TedX talk about that entire experience called “Forget the Brace Position.” I’m so glad I went through that experience. Not only was I able to be there for my Mum, but it gave me new clarity on my mission in life: to help mums laugh through the darker and more stressful parts of parenting!

What are 3 pieces of advice you would give someone starting out in business?

1. Be clear on your WHY. Why do you want to do what you do? If you’re clear on that, you can keep coming back to it when things get tough, and/or when you’re not sure which decision to make.

2. Be a lifelong learner. One of my heroes in comedy improvisation said that the day he jumps onstage and feels like he knows it all is the day he quits.

3. Remember that you are not your business. No matter how much you love it, no matter how great your passion, your business is just PART of your life. Try to enjoy the heck out of your whole life: family, home, health, the rest. I’ve been so guilty of getting caught up in comedy like it’s the be all and end all, but at the end of the day, you’ve gotta have a life. 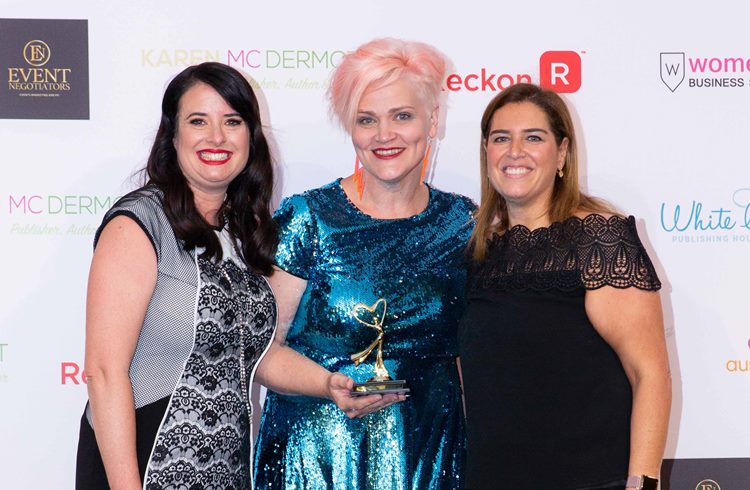 What is your proudest business achievement? Why does this mean so much to you?

Launching my first web series “How Me Parent Good: And You Can Too!” in early 2018. Moreton Bay Regional Council funded a good chunk of the production, which was amazing and meant I HAD to do it! I was terrified that I didn’t really know enough about what I was doing, but I’m so proud of the end product. It turned out to be a family enterprise with my own kids acting in the show itself and even writing some of the dialogue! We had a packed launch event with a Funny Mummies Comedy Gala on the Mothers Day weekend and had so much amazing feedback from Mums – and surprisingly, from their kids! – saying that the Monday episodes were becoming the highlights of their week.

I’m so proud of the show, even though of course I look back and see so much I would change! But in a world of self-help blogs, video blogs, advice columns, parenting handbooks and ab-perfect instagram feeds, my hope is that by offering stressed-out mothers some video comic relief via the social media channels they frequent, we will remember to laugh at ourselves and their struggles, to lower the ridiculous bar of perfection and to thus, be able to relax, and actually enjoy our families and our lives more.

Finally, what do you believe is the secret to success?

Be willing to fail. If you’re too afraid of looking stupid then you won’t do anything amazing. One of my favourite things to do in my onstage performances is improvising songs based on chatting with the audience. I love it because it is risky and it’s terrifying: which is exactly what makes it magical. Do I slip up? Absolutely! But the audience is actually fine with that so long as I’m fine with that: I laugh it off, and in fact, I think the mistakes are sometimes the parts that the audience enjoys the most!But if I wasn’t willing to look stupid and risk making mistakes, then I’d never do the very thing that is the best part of my show. It’s been a tremendously powerful lesson to me onstage and off!

About our AusMumpreneur Ambassador

Jenny is an award-winning comedian, cabaret artist and mother of six (three she made herself and three she outsourced). As well as performing her award-winning comedy shows nationally and internationally – her accolades include Best Variety Show at United Solo Festival NYC, the Award for Excellence in Cabaret at Melbourne Fringe Festival and a Green Room Award nomination for Best Cabaret Writing – she works as a corporate MC and is a TedX speaker.

After winning the ABC iView Pitch Perfect Award at Melbourne Web Fest in 2016, Jenny completed a Writers Residency at Marseille Web Fest which inspired a complete overhaul of her business direction: focusing on creating comedy content for the web. In early 2018 she launched her debut web series, “How Me Parent Good: And You Can Too!”

She plans to focus her business on creating more online content, including further web series, podcasts and more which offer comic relief to mothers to help them feel better about their challenging moments and to thus enjoy parenthood more!