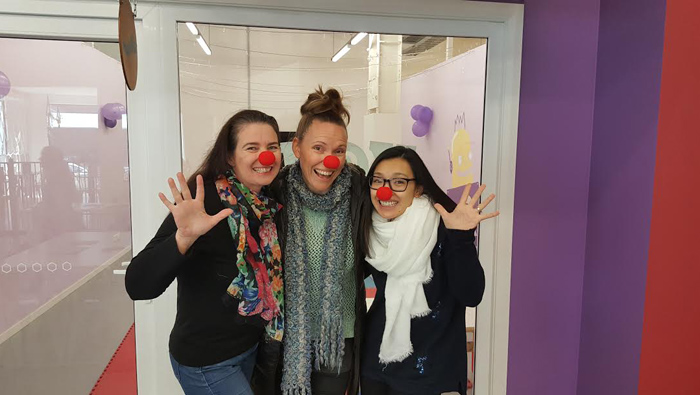 After losing her nephew to SIDS at 16-months of age, Sarah Morrissey decided to make fundraising for Red Nose (formerly SIDS & Kids) a major part of her business journey.

“It’s become Australia’s largest simultaneous disco and it’s gearing up for its third year! In 2016, over 35,000 children danced and in 2017 the aim is to break all records and have over 50,000 children dancing right across Australia,” said Sarah.

The idea behind the Little Rockers Red Nose Disco is to encourage child care centres nationally to purchase an entry pack online and host a disco in their centre on Red Nose Day, Friday 30th June – pressing PLAY to a special disco broadcast by Little Rockers Radio, powered by iHeartRadio.

Sarah, a Mum of two, from Melbourne has seen her disco dream turn into the country’s largest simultaneous disco fundraiser and couldn’t be prouder of the awareness and funds it raises for Red Nose.

Previously speaking about the guilt she feels since her nephew passed away, Sarah now does all she can to support the cause – for her, for her brother, for her family and for (her nephew) Dylan. “It seems nice to think thousands of little children can dance and play and have fun across Australia dancing to a dedicated disco, and for me personally, it’s in memory of Dylan.”

“For me the disco is highly personal, however it is backed up with good business strategy,” says Sarah, Director of Little Rockers Radio. “All funds raised go to Red Nose and Little Rockers Radio benefits greatly from the exposure the disco garners from child care centres right around the country as well as major media outlets.”

“Red Nose have been working with Sarah on the Little Rockers Red Nose Disco for the past two years. Starting out as a community fundraiser, the event has grown to become a major part of the Red Nose Day campaign working with childcare centres nationally to run fundraising disco events within their centres. Thanks to Little Rockers Radio, Red Nose has been able to use this great concept to enable us to interact with a key market in a fun way whilst promoting our safe sleeping practices,” says Carly, Red Nose Day Manager.

Following a successful partnership in 2016, Little Rockers Radio and Red Nose have also reunited with Australia’s leading commercial radio network, Australian Radio Network (ARN), and its digital entertainment platform, iHeartRadio – who will utilise their 12 radio stations and digital networks to further strengthen the reach of the Red Nose Discos message across the country, and will contribute financially to the campaign.

Sarah recommends all businesses support a charity. “Every business can work to support a charity and it doesn’t necessarily need to be with monetary support,” says Sarah. “Businesses can offer their support in so many ways – through access to an audience, distribution of fliers, volunteer support, idea generation and more. It’s not only good for the community and your chosen charity, it’s also great for the business and your marketing strategy.”

We’re really keen to get behind Sarah and help her reach her goal of $100,000 raised for SIDS, if you can help please get in touch: 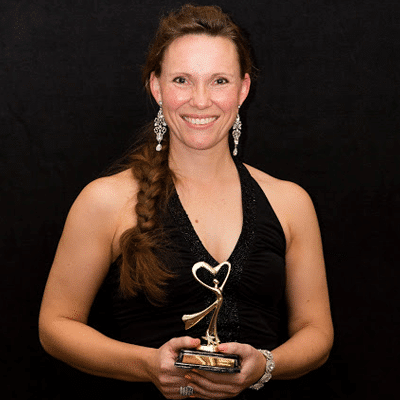 Sarah, and her business journey, has been featured on The Project, in The Herald Sun, Sydney Morning Herald, The Daily Telegraph, The Age, Adelaide Advertiser, Time Out Melbourne, The Weekly Review, Inside Small Business and also in Naomi Simson’s latest book Ready to Soar.

In October 2016, SIDS and Kids launched its new name, Red Nose, and new remit – to reduce the incidence of sudden and unexpected death in babies and children in Australia to zero.

Red Nose provides vital safe sleeping education to expectant mothers, their families and healthcare professionals all around Australia. They also conduct world-class research into stillbirth and sudden and unexpected death in infancy and provide crucial bereavement support to those affected by the death of a baby or child, receiving more than 10,000 calls for support and education every year.

Since Red Nose’s inception, over $16.7 million has been devoted into researching stillbirth, neonatal death, Sudden Infant Death Syndrome (SIDS), and other causes that contribute to the 3,200 unexpected infant deaths that devastate Australian families each year.